6 Reasons to Ditch your Website’s Slider


Warning: Use of undefined constant php - assumed 'php' (this will throw an Error in a future version of PHP) in /home/anchordigi/webapps/anchordigi/wp-content/themes/bridge-child/templates/blog_single-loop.php on line 244

6 Reasons to Ditch your Website’s Slider

Posted on 05 Aug in UI by James Cobbett 0 Comments

Sliders promise a lot; they let you pack all of your important messaging right at the top of your page, present it nicely with big images and even fill the creative void for those PowerPoint transitions we left behind 10 years ago (anyone remember that letter by letter text entry setting? I really hope that’s died by now…). But in reality, sliders almost always fail to deliver. Here are six reasons you should ditch your website’s slider. 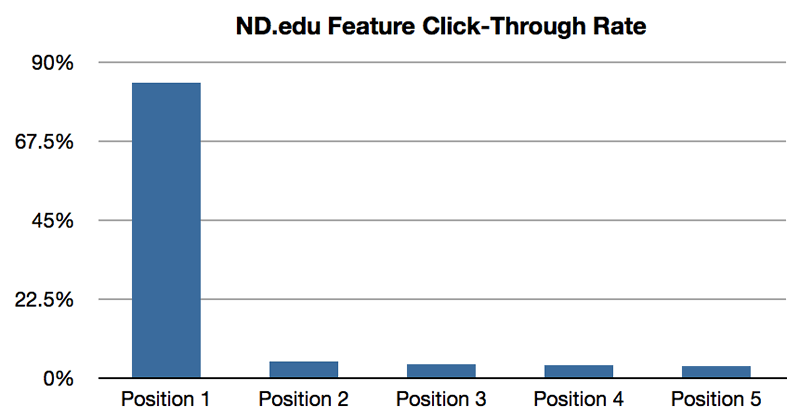 Sliders slow down your page speed, and Google really hates slow sites.  The confusing hierarchy of headings also causes issues, as search engine can’t work out what your main messaging is. In a competitive market this could be the difference in appearing above or below your online competitors in Google. For more about the SEO implications there’s a great article by Search Engine Land.

3. People may skip straight past your banner

Jakob Nielesn (an expert in user interactions – that takes me back to my Uni days…) found that sliders that auto-rotate are often skipped altogether by a user. They annoy users by moving too quickly and taking away control from the users. They can also look a lot like advertisements, causing banner blindness – we’re so used to seeing web banners that we don’t even look at them anymore.

Sometimes sliders just flat out don’t work, or you can’t swipe them and clicking on the arrow is too fiddly. At best they’re clunky, often squashing your content into unhelpful sizes and spaces, and forcing an unnatural swiping motion when we’re used to scrolling.

5. They’re not good for people with disabilities

Something often overlooked when designing websites is its accessibility. Screen readers (which read website content to visually impaired users) can really struggle with the lack of organisation and hierarchy that a slider presents to them.

6. It weakens your message

One of my biggest issues with sliders is the lack of clear messaging. When someone hits your website you need to know what you’re driving them to do, but sliders are often used as a way to avoid asking the tough question: ‘What is our primary message/action?’ Sliders let you pick four or five core messages or asks, and this results in a diluted message and lower conversion rate.

What do you think? Have you seen any websites where using a slider has worked really well? Or any stories of ditching your slider and seeing an increase in conversion rates?

Find out more or adjust your settings.

This website uses cookies so that we can provide you with the best user experience possible. Cookie information is stored in your browser and performs functions such as recognising you when you return to our website and helping our team to understand which sections of the website you find most interesting and useful.

Strictly Necessary Cookie should be enabled at all times so that we can save your preferences for cookie settings.

If you disable this cookie, we will not be able to save your preferences. This means that every time you visit this website you will need to enable or disable cookies again.

This website uses Google Analytics to collect anonymous information such as the number of visitors to the site, and the most popular pages.

Please enable Strictly Necessary Cookies first so that we can save your preferences!